Claire Haidar is a tech entrepreneur and speaker fascinated by the intersection between systems and human behavior. She believes that if people are going to spend 90% of their time at work, it should be the place where their souls, hearts and minds come alive.

She believes that work is becoming a chaotic place. This is good and ultimately positive for humanity but it’s highly disruptive for the foreseeable future. Chaos theory defined is this: what appears to be chaotic is, in fact, a complex system, where a lot of micro-changes are happening regularly, in a seemingly unpredictable way. Work on a global level is adopting these exact characteristics. Claire’s deep passion lies in enabling individuals, teams, and organizations to embrace behaviors that enable them to move into this new world of work.

She, and the team she leads at WNDYR, are actively working across three areas of work: humans, workspaces and technology. Technology is the first area where they are focusing their efforts. They are building a platform which enables workflow automation between all the various technologies which people use on a daily basis in their working life. The team’s vision is to be the world’s go-to company for other companies who want to position themselves at the forefront of the future of work. Their belief in technology, human acceleration and workspaces, which create experiences for improved performance, are the driving forces in all that they do, every day.

WNDYR has grown from a team of three to 33 in 24 short months. The company will turnover in excess of $1 million this year and has closed a seed funding round with Intelis Capital. It has attracted an impressive global team and partners who all want to shift the world just a little … or maybe a lot!

WNDYR and Claire have an impressive list of clients which include: EY, Siemens, Credit Suisse, Accenture, Roche, Schlumberger, Asos and many of the world’s leading technology companies.

Claire challenges the status quo, pushes the boundaries on what is possible, and asks the big questions that a lot of us are afraid to really confront and act on. If you want your mental boxes to be challenged; if you want to color outside the lines, then engage with Claire around topics such as the future of work in a world of robots, play as an essential part of work, human acceleration in an automated world and visualizing organizations at work as playgrounds.

She’s building a rocket … you’ll want to board this one.

We have received great feedback from our Early talents and also the other HR colleagues who attended your sessions.

Claire is a fantastic and inspiring speaker! I had the pleasure of working with her when she moderated a panel on Digital Transformation at our Wrike Collaborate conference. It was clear Claire had invested time and research into preparing for the panel and was passionate about the topic. She led a lively and engaging discussion, which benefitted the audience because it was practical, but also thought-provoking. 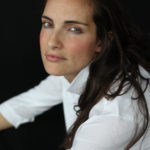 Everything You Need to Know About a Career in AI

Worried about the future of work? If you can’t beat the robots, join them. This week, we’ve been looking at automation, both as a whole and specifically in the world of careers. It probably won’t surprise you to ... Read more 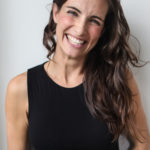 How to Boost Employee Engagement With 62 Expert Insights

If you Google “best companies to work for” chances are that you will come across a Glassdoor list of companies relevant to your location. One thing is clear from a prospective employees point of view. It is this – ... Read more

Described as endlessly optimistic, Nancy is a strategic futurist, global keynote speaker, corporate strategist and summit designer with a drive to help enterprise organizations and visionary leaders transform to meet the escalating expectations ahead.

Erica Dhawan of Cotential shares how to consistently deliver breakthrough innovation and business results by harnessing the power of relationships and networks.

With over 20 years of experience in IT and training at Microsoft in The Netherlands, Nancy Rademaker shares how technology influences our behavior, how it helps us share knowledge, and how it enables us to create and innovate.

As the co-founder of Fast Company, Polly Labarre inspires people to engage and reimagine the challenges they face, become fearless experimenters, and rethink the work of leadership.

Called a "Digital Dale Carnegie" and “the Tony Robbins of Tech,” Erik Qualman helps organizations understand the implications of social media on our daily lives– and how businesses can tap the power of social media to increase their sales, cut their marketing costs, and reach consumers directly.