Jade Simmons creates mind-blowing, MainStage experiences for audiences worldwide — with captivating storytelling and a riveting concert adventure — awakening people to a redefined sense of purpose and inspiring transformative leadership along the way.

How do you get to be named Classical Music’s “No.1 Maverick”? By repeatedly defying expectations, delivering riveting performances and combining passion and innovation at every turn. Called a “musical force of nature”, Jade Simmons is easily one of the most exciting and versatile artists on the scene today. Classically trained in piano performance at Northwestern and Rice Universities, Jade has eschewed the traditional recital in favor of taking her audiences on concert adventures that span Rachmaninoff to Rap. Today, she delivers stunning MainStage keynote presentations that potently combine music, virtuoso performance and riveting storytelling to speak into the hearts, minds and goals of a company’s most valuable resource…their people.

As a speaker and presenter, Jade’s impact spans a multitude of industries and touches an incredibly varied demographic, from college to corporate. Her experiences blend uncommon inspiration with mind-blowing classical and original genre-bending music, all while driving home an organization’s theme. In the last two years alone, financial services companies like Mass Mutual, Voya, Deloitte, RBC and Nationwide; biotech and pharmaceutical giants like Pfizer and Genentech; Innovators like Dow and Raytheon; universities like University of Michigan, University of the Pacific and Grand Canyon University (who brought Jade in for all 6 Fall commencement ceremonies), and important conferences like Simmons International Leadership saw fit to bring Jade in to power up their legions and their leaders. She’s depended on for uncommon insight, enlightened perspective and to bring much-needed rejuvenation to a variety of demographics looking for breakthrough and inspiration. Her specialty is in activating a renewed and redefined sense of purpose. Jade also speaks on cultivating innovation and originality, the strategies behind audacious leadership and she leaves behind tools to unleash momentum in life and business.

Presenters remark on her uncanny ability to customize in unprecedented fashion, crafting presentations that include the company’s background, theme of their event and specific needs and pain points of the audience.

From upstarts to seasoned senior leadership, Jade transcends audience demographics, speaking to multigenerational groups of both men and women with ease. Her home language is the language of high-achievers, influencers and visionaries and her knack is in shifting mindsets in real-time to unlock possibilities for breakthrough thinking, limitless living and record-breaking.

In her inimitable career as a concert pianist, Jade has remained committed to expanding the boundaries of Classical music and its presentation and as a result, has revolutionized the concert platform. Today, she offers an incredibly diverse mix of repertoire from the Classics to the cutting edge and diverse audiences have come to expect creative projects backed by riveting performances. Ms. Simmons has toured the US extensively in recital and with orchestra highlighted by performances at venues as wide-ranging as Ravinia, the Chicago Sinfonietta in Symphony Hall, New York’s Town Hall and the Detroit Institute of Arts. She has performed at The White House and has also received the Sphinx Organization’s Medal of Excellence in a concert held at the US Supreme Court hosted by Justice Sonia Sotomayor.

In an extraordinary turn of events, Jade was tapped to portray legendary concert jazz pianist & entertainer Lillette Harris in the new musical Lillette’s Rhythm Club which debuted in Florida this past June. She has even made waves as one of the rare classical artists invited to perform at the taste-making South by Southwest Festival where her show was ultimately branded one of the “Best of SXSW 2014”.

A born-storyteller, Jade powerfully and humorously relates these creative twists and turns that have made her a standout in her industry to audiences looking to do things differently in their own right in order to see greater impact in life and business.

Audacious Prayers for World Changers: Live and Pray Out Loud

A clear, powerful pianist with a magnetic personality…worth seeing any time.

Jade comes to the mainstage extremely well-prepared. She sounded like she had been working with us for a very long time. She aligned with our messaging. A lot of speakers say they do that, but it’s often artificial. With Jade, it’s completely genuine.

We are always looking for people who are unique, new — fresh. Jade Simmons is that. She’s very dynamic. She draws you in, you just want to listen to her, and the way she tells her stories and interjects her music — there’s no one like her. 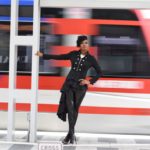 The 10 Best New Podcasts of the Year So Far

It’s often difficult to tell how good a podcast will be from its first few episodes. Given time, hosts will adjust their banter, interviewers will refine their questions and a true crime investigator may receive an ... Read more 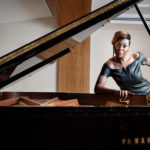 Three Podcasts to Listen To in May: A Study of Classical Music, The Legacy of “Cops,” and Healing in Toronto’s Gay Community

A few months ago, I was swept off my feet by “Aria Code,” from WQXR, a wondrous narrative podcast about opera with an amusingly ridiculous name. Recently, another enjoyable podcast about music, from American Public ... Read more

by The New Yorker

As a classical violinist turned innovative composer, Kai Kight uses music as a metaphor to inspire individuals and organizations across the world to compose paths of imagination and fulfillment.

A legend in the music world and currently on tour with P!NK, Mark Schulman is an incredible musician, dynamic performer and a strategic business mind who has parlayed his success on stage into true business success.