Kat Blaque is a transgender rights activist and runs a YouTube channel focused on social justice issues, particularly around race, gender, the LGBTQ+ community, and feminism.

Kat Blaque is an Animator, Illustrator and Youtuber from Southern California who has been openly blogging about her life for the past 10+ years on Youtube. Experiencing the ups and downs of New Media, she has ultimately concluded that Social Media is a powerful force for change and awareness. She currently uses her platforms on Youtube (114k subscribers), Facebook (180k with an average weekly reach of 4,000,000 people) to speak about the topics she’s passionate about as well as spread information, and cultivate conversations that encourage education across intersections.

She playfully refers to herself as “intersectionality salad”as she embodies various identities and experiences. As a woman and survivor of rape and sexual assault, she is very passionate about fostering conversations where survivors and victims alike can feel as though they have a voice. As an outspoken feminist, she’s often on the receiving end of online harassment that she’s had to learn to accept as a woman who dares to have an opinion. As a black woman, she is invested in starting conversations about white supremacy and how it’s impacted her own life as well as various others. As a Trans woman, she believes that speaking about her growth and acceptance of self is vital in a world where trans people aren’t seen as valid and their possibilities are often seen as limited.

Kat’s talks are generally casual in nature and encourage audience participation. She hosts a weekly show on her channel called “True Tea”where she answers questions sent to her by her followers. She finds that people who come to her talks usually want to replicate this and she loves answering questions from the audience and equally loves starting conversation.

She currently contributes to Everyday Feminism, Pride.com, the Huffington Post and has appeared on Buzzfeed, MTV News and MTV’s Decoded. 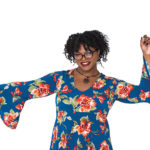 LGBT creators wonder whether YouTube really supports them, or just pretends to, during Pride Month

LGBT creators wonder whether YouTube really supports them, or just pretends to, during Pride Month. “And that is incredibly true,” said Kat Blaque, a trans creator who has been vlogging about social issues and ... Read more

YouTuber Kat Blaque on Pride, identity, and what it means to go viral

Kat Blaque is here to tell the truth. That’s the idea behind her YouTube channel as a whole, but especially her series, True Tea. In it, Blaque answers questions on a range of topics, including feminism, ... Read more 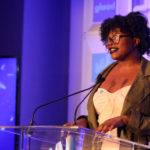 Kat Blaque has spent almost half her life on YouTube — and the biggest takeaway she’s gotten from countless years of trolling, harassment, and hate? That it’s, frankly, no longer worth giving a fuck. At ... Read more

Jouelzy is celebrating the diversity of women of color through discussions on complex cultural and lifestyle topics. Intersecting history with pop culture, Jouelzy empowers #SmartBrownGirls to find the power in their voice and define their own success stories.

Veteran Laila Ireland courageously came out as a transgender service member by sharing her story in the Emmy-nominated short film "Transgender, at War and in Love." Today, Laila advocates for transgender equality by speaking across the country and establishing safe spaces for this critical conversation.

Skyler is a vivacious transgender activist. He has worked within, and outside of the LGBTQIA+ community for more than a decade to increase visibility, growth, and opportunity for the Transgender community.

Denice Frohman is an award-winning poet whose work explores the intersections of race/ethnicity, gender, sexuality, and the “in-betweenness” that exists in us all.

Laci Green is a sex educator and YouTuber who’s been hailed by Time magazine as the millennial Dr. Ruth. She has built a platform of millions of followers by discussing sexuality frankly, nonjudgmentally, and hilariously.