Shereen Marisol Meraji is an award-winning journalist and the co-host and senior producer of NPR’s Code Switch podcast about race, identity and culture. Code Switch is the only podcast about race that's talking about all of us: our histories, how we're represented, the ways we work together and against each other.

Shereen Marisol Meraji tries to find the humor and humanity in reporting on race for the NPR Code Switch team.

Her stories center on the real people affected by the issues, not just experts and academics studying them. Those stories include a look at why a historically black college in West Virginia is 90 percent white, to a profile of the most powerful and most difficult-to-target consumer group in America: Latinas.

Prior to her time with Code Switch, Meraji worked for the national business and economics radio program Marketplace, from American Public Media. There, she covered stories about the growing wealth gap and poverty in the United States.

Meraji’s first job in college involved radio journalism and she hasn’t been able to shake her passion for storytelling since. The best career advice Meraji ever received was from veteran radio journalist Alex Chadwick, who said, “When you see a herd of reporters chasing the same story, run in the opposite direction.” She’s invested in multiple pairs of running shoes and is wearing them out reporting for Code Switch.

A graduate of San Francisco State with a BA in Raza Studies, Meraji is a native Californian with family roots in Puerto Rico and Iran. 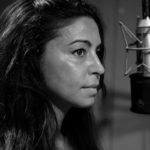 With Donald Trump, a candidate who ran on racism, xenophobia, sexism, Islamophobia and a disdain for journalists, heading to the White House, reports by and about the communities most impacted by the ... Read more

As an NPR host and journalist, Celeste Headlee has interviewed hundreds of people from all walks of life. Through her work, she has learned the true power of conversation and its ability to both bridge gaps or deepen wounds.

Author & Actress from Orange is the New Black & Jane the Virgin

Named one of the top 10 Latina actresses to watch by Variety magazine, Diane Guerrero draws from her personal and professional experiences to inspire audiences that success is possible—no matter the obstacles in your way.