Slava Rubin is the CEO and co-founder of Indiegogo, a company dedicated to revolutionizing the way that people fund what matters to them, and has led the organization to becoming the largest crowdfunding platform in the world.

Slava Rubin is Co-founder of humbition, an early-stage operators venture fund built by founders, for founders. Slava also founded Indiegogo, a company dedicated to empowering people from all over the world to make their ideas a reality. As CEO for over 10 years from inception in 2006, Slava grew Indiegogo from an idea to over 500,000 campaigns and more than $1B distributed around the world. Prior to Indiegogo, Slava was a strategy consultant working on behalf of clients such as MasterCard, Goldman Sachs and FedEx for over a decade. He is also the founder of “Music Against Myeloma,” an annual charity event that raises funds and awareness for cancer research in partnership with the International Myeloma Foundation. Slava is currently a member of the board for NYSE traded (WSO) Watsco Inc., and privately held, Indiegogo.

Slava represented the crowdfunding industry at the White House during the signing of the JOBS Act and has helped navigate bringing equity crowdfunding to the American public. He also pioneered security tokens in the the United States – having been a catalyst for selling fractionalized ownership of the St. Regis in Aspen using blockchain.  He has made many TV appearances including regular guest commentator on CNBC Squak Alley.  He has also been often quoted in NYTimes and Wall Street Journal.
Slava has received numerous awards including Fortune 40 under 40, Observer 20 Heros under 40, and the Wharton Young Leadership award for 2015.
Slava holds a B.S.E. from the Wharton School of Business.  He currently lives in New York and often travels to San Francisco.
TEDx | The Future of No, Is Yes
The 10 Myths of Entrepreneurship 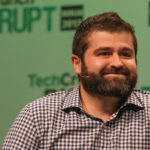 Will Equity Crowdfunding Live Up to Its Hype?

The JOBS Act, with its crowdfunding provision, was supposed to be kick off a revolution. Now anyone could invest in high-risk startup equity. It was supposed to disrupt the entire business of venture capital. Equity ... Read more 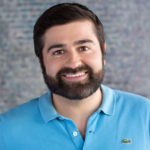 ICOs, Crowdfunding And Our Convenient, Complicated Futures: An Interview With Slava Rubin

“Every opportunity deserves the right to fail.” Slava Rubin knows what he’s talking about. Co-founder of Indiegogo, Rubin was rejected by 93 venture firms before successfully creating the first major crowdfunding ... Read more 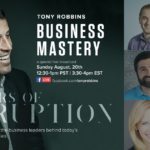 The Tony Robbins Podcast: How Crowdsourcing Can Ignite Your Business

If you are familiar with Tony’s events, then you definitely know about Business Mastery. This 5-day immersive seminar is a deep dive into the business growth strategies, systems and resources that you need to take ... Read more

Simon J. Anderson is an applied foresight consultant and speaker with his company Venture Foresight. In his role as a futurist, he helps leaders spot opportunities created by change and teaches specific actions to be better positioned for the future.

Change expert, Bree Groff, has helped teams and companies embrace change in all its aspects for over a decade. Bring her into your organization today to inform, enlighten, and inspire employees to face change with enthusiasm and purpose.