Victoria Arlen shares her courageous and miraculous story of recovery after falling into a mysterious vegetative state at age eleven and how she broke free, overcoming the odds and never giving up hope, eventually living a full and inspiring life.

Victoria was 11 years old when she came down with a rare viral disease, Transverse Myelitis, with which she battled for five years including four years in a vegetative state. The disease left her without the use of her legs for nearly a decade.

A lifelong swimmer and athlete, Victoria never gave up her childhood dream of competing in the Olympics Games. In June of 2010 she returned to the pool for the first time since her illness and in the spring of 2012 she qualified for the London Paralympic Games in four events. There she won a Gold Medal, and three Silver Medals.

Despite missing five years of school during her illness, Victoria graduated on-time with her triplet brothers, from Exeter High School (New Hampshire) in June of 2013.

In the fall of 2017, Victoria competed on Dancing With The Stars for nine weeks and was eventually a semi-finalist. She appeared on The Ellen DeGeneres Show and in People Magazine, along with numerous other media outlets.

She Went From Paralyzed To Dancing With The Stars - This Video Shares Her Incredible Story
The Welcome Conference | Restoring from Rock Bottom
TEDX | Face it. Embrace it. Defy it. Conquer it.

Locked In: The Will to Survive and the Resolve to Live 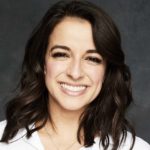 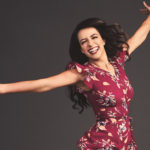 Victoria Arlen spent four years in a vegetative state. Since then, she’s beat every odd. Recovery can mean healing from a small scab or a minor injury, but for Paralympic gold medalist and former world record ... Read more 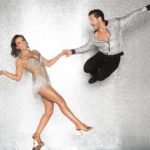 “I kept reminding myself of what was good — and that I was still there,” Arlen tells PEOPLE Victoria Arlen was the last kid you’d ever expect would end up in the hospital. “I never got sick,” the ESPN personality ... Read more 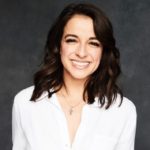 Face it. Embrace it. Defy it. Conquer it.

Imagine for a moment being trapped inside your own body for 4 grueling years, unable to communicate with the outside worlds as your health continued to deteriorate. Yet you were still there. In mind and spirit, you ... Read more

A two-time champion NASCAR driver, Julia Landauer shares emotional and fact-based observations and proposes various habits and mindsets that can help you succeed.

In her motivating and engaging keynote presentations, Carey Lohrenz shares her fascinating experiences operating in one of the world’s most challenging environments– an aircraft carrier. She can help your team triumph in this high-risk, time-crunched world.

Tim has an incredible story and has an unparalleled ability to weave his professional sports life into the many stories of victory and failure to deliver a message that will be perfect for every member of your audience.

Jon is one of the most sought after Keynote Speakers on the circuit. His presentation, LIFE IS MAGIC, is truly one-of-a-kind. Weaving his inspirational story with world-class magic.

Rebecca translates extraordinary experiences from decades as a champion athlete, explorer and entrepreneur into relatable terms to captivate and motivate your team, organization or community.